Maison Ruinart is a patron of contemporary art and design. Since 1896, when André Ruinart commissioned the Czech artist Alfons Mucha to create an advertising poster, the Champagne House has enjoyed close and longstanding relations with the art world. Ever so often, Ruinart chooses well-known artists and gives them carte blanche for the creation of special projects. The Maison also supports major art fairs around the world.

For the sixth consecutive year, Ruinart participated in ArtGenève, the Geneva Art Fair, and showcased two artists in two exclusive lounges: in the Ruinart Art Lounge, the Chinese artist Liu Bolin, Ruinart Artist of the year 2018, and in the Ruinart VIP Lounge at PAD, the Pavilion of Arts and Design, Simon Lehner, an emerging Austrian artist and winner of the Prix de la Maison Ruinart 2018.

This prize allowed the artist to provide his photographic vision of Maison Ruinart via a specific order involving the vineyards, the installations and the cellars in Reims. Simon Lehner has been noticed for his personality, his work with light and his originality.

“In his images, Simon Lehner provides a new perspective of the Maison and establishes living links between the past and the present. He draws as much inspiration from archive documents and production sites as from the Maison Ruinart’s artisanal craftsmanship. Through his honed and intrepid vision, he symbolically associates medieval crayères chalk caves with modern technology and reveals the union of the human hand with the surrounding nature.” Maison Ruinart 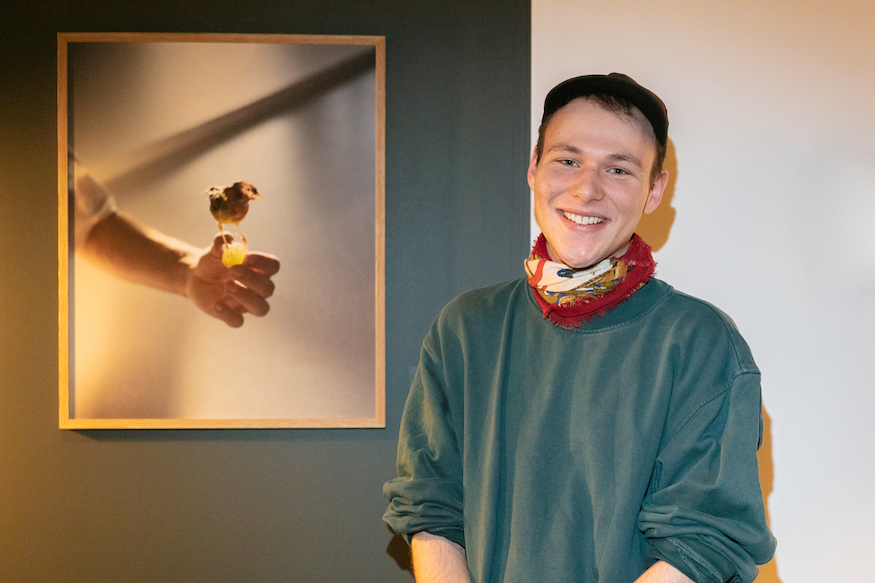 Liu Bolin was exhibiting for the first time in Switzerland, including a live performance in front of the painting “Le Déjeuner d’huîtres”. This painting, commissioned by Louis XV for the Palace of Versailles, and realised by Jean-François de Troy in 1735, is the first ever representation of champagne in the history of art. It was shown for the first time in Switzerland during ArtGenève and exclusively at the Ruinart Lounge. The Maison is thus continuing its artistic collaboration with the Chinese Master of Disguise.

The famous artist and the Champagne House started their collaboration in March 2018. At the launch celebration, Liu Bolin realised an art piece during a live performance at the Grand Palais in Paris. To demonstrate his art of camouflage, Liu Bolin chose the famous painting “The Oyster Dinner”. 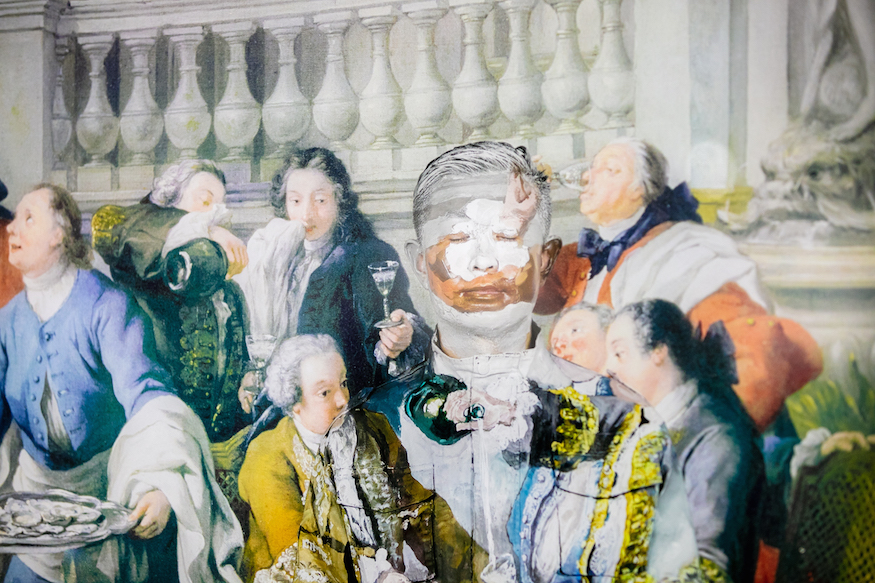 He was then given Carte Blanche for the realization of a one-of-a-kind project, which was revealed at Art Basel. Ruinart commissioned the artist to create a limited edition box for its iconic Blanc de Blancs, together with a sumptuous series of photographs that masterfully celebrate the codes and the art of camouflage. With the creation of his “image-performances”, Liu Bolin managed, together with the Ruinart team, to highlight how culture, nature, respect and expertise are intertwined.

Over the course of 7 years of continued development and consolidation, ArtGenève has taken root in the Geneva Lake region, establishing itself as a high end and internationally renowned contemporary and modern art fair. For its 8th edition, ArtGenève enlarges its offer yet again and includes decorative arts, historic and contemporary design as well as tribal art by inviting the PAD (Pavilion of Arts and Design, Paris & London) for the second time.

The fair welcomes international galleries and also devotes a large area to public and private collections, as well as independent spaces and curators, promoting a dynamic dialogue between institutions and galleries. You can find all relevant information here >>>

Ana and Nicole, our Bombom Bijoux girls, participated in this year’s edition for us and here are some of their personal highlights. 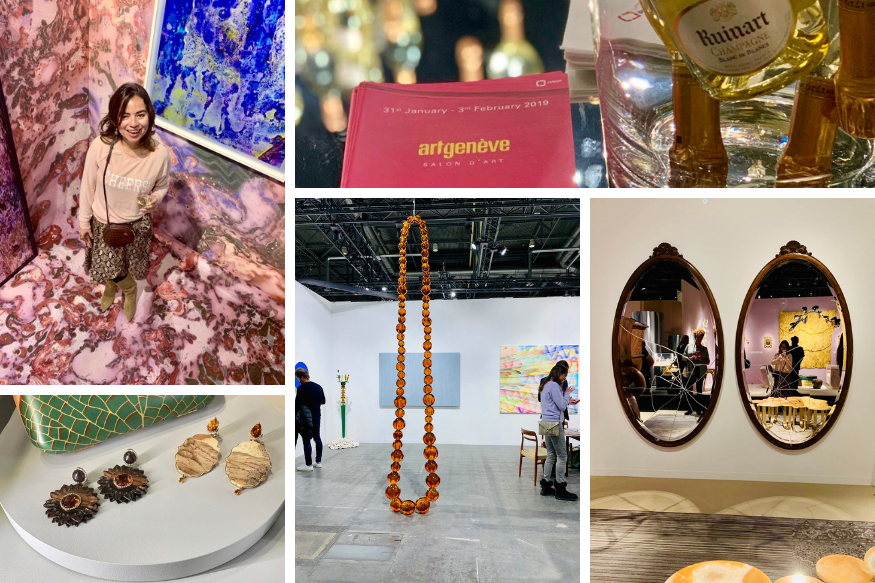 ArtGenève may have closed its doors for this year, but ArtMontecarlo by the same organisers is coming up in April.

This is a new art exhibition under the High Patronage of H.S.H Prince Albert II de Monaco. It aims to establish an artistic platform on the Côte d’Azur. ArtMontecarlo is at the very forefront of contemporary art, modern art and design and wishes to pay homage to the requirements of the region’s numerous collectors and art-lovers.