The 37th edition of the Snow Polo World Cup St. Moritz took place from 28 to 30 January 2022. For the first time, six high-calibre teams were competing to win the world’s only “high goal” tournament on snow, which was played in a new match mode. The team captains have been finalising their team line-ups since November 2021, looking to commit top international polo players to up their chances to grab the victory in this prestigious tournament. Alongside the long-standing team sponsors Badrutt’s Palace Hotel, Azerbaijan Land of Fire, and Champagne Perrier-Jouët, three new team sponsors were joining this year, Clinique La Prairie Switzerland, Casablanca, and the World Polo League. As ever, admission to the Snow Polo World Cup St. Moritz was free for the general public.

And numerous they were coming to St. Moritz to enjoy the tournament! The Gods of Polo were smiling on players and audience in St. Moritz and have delivered perfect conditions, with the sun shining down on the packed grandstands of this, the world’s oldest and most iconic snow polo event. The immaculately prepared playing surface directly on top of the St. Moritz frozen lake once again played host to polo superstars from across the globe who have jetted in to take part in this prestigious event. 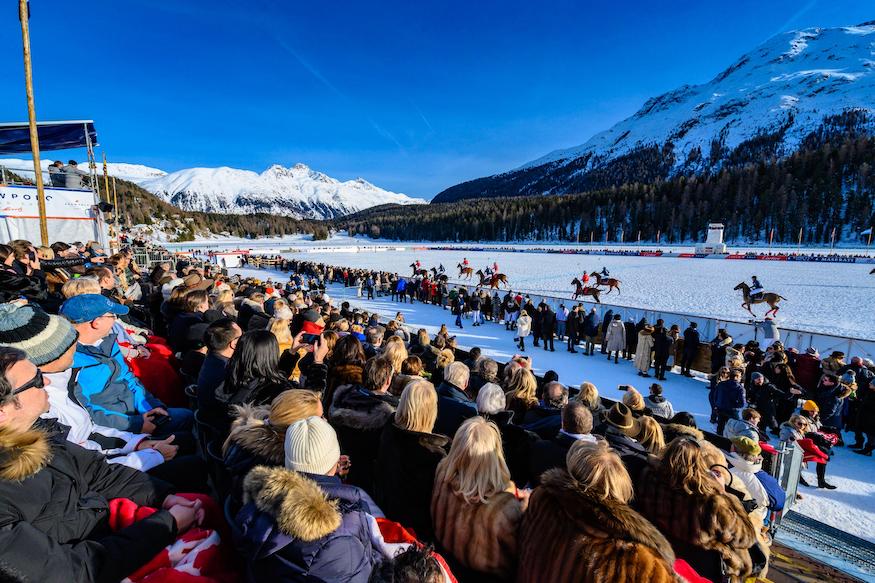 Multiple prominent teams worldwide have thrown their hat in the ring to compete in the Snow Polo St. Moritz World Cup 2022. In light of the high interest in one of the coveted spots, the tournament committee has decided to invite six teams to the tournament instead of the previous four – making it a first. As a result, three matches will be played per day. Friday’s winning teams will directly qualify for the semi-finals on Saturday, as will the best-scoring defeated team. Sunday will see the all-important final kick off at 2:30 pm following the third- and fifth-place matches. 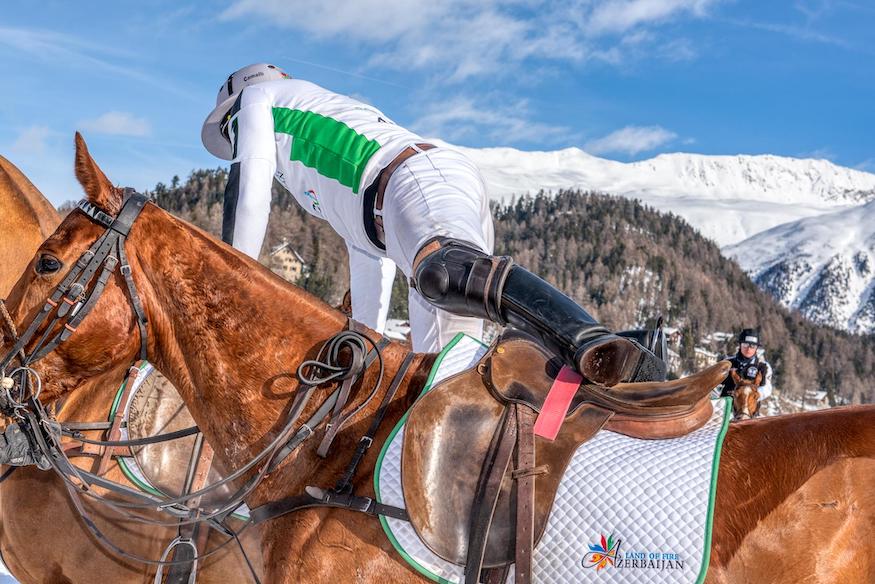 Habitues Melissa Ganzi (USA) – crowd favourite and winner of the 2019 tournament – Marc Ganzi (USA), Elcin Jamalli (AZE), and Kutlay Yaprak (TUR), along with newcomers Ivan Romanovsky (RUS) and Dillon Bacon (USA), are seeded as captains. The title-holders Robert Strom (FRA) and Max Charlton (ENG) have also entered the competition, as has the Argentine 10-goaler Sapo Caset, one of the world’s best polo players of the present day. Two local heroes, Engadine-born Tito Gaudenzi and Luca Meier from Zürich, will also be contending for the title, weighing in their experience of playing on the Swiss team at the European Polo Championship in Sotogrande (Spain) in summer 2021. Over the coming weeks, additional names will be announced as they are confirmed. Full team line-ups can be consulted online at www.snowpolo-stmoritz.com. 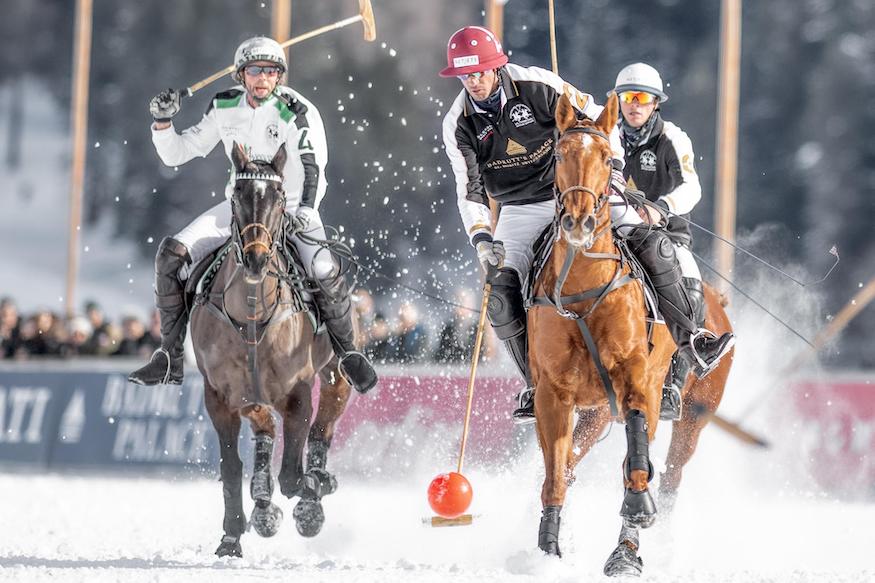 “The unique atmosphere on the frozen lake against a mountain backdrop which no doubt makes for one of the world’s most spectacular settings, enthuses our guests anew every year. Demand for both VIP tickets and tickets for the gala night at the Badrutt’s Palace Hotel for the next tournament is extraordinarily high,» says tournament founder and organiser Reto Gaudenzi, and adds, “That goes to show that to world-class polo players and polo fans the Snow Polo World Cup St. Moritz is a definite highlight on the annual polo calendar and not something to be missed.” 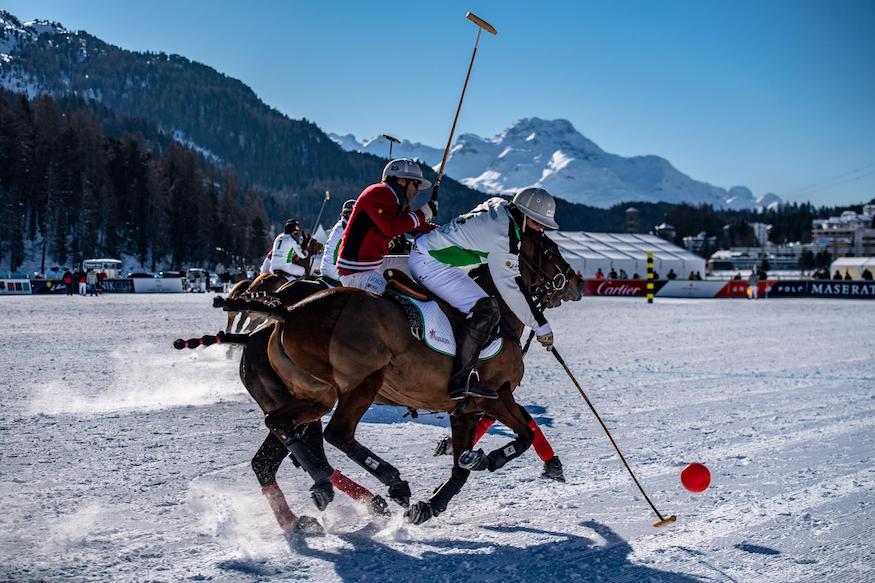 The organisation records an early and high demand for VIP and Chukker Club tickets and tickets for the exclusive gala night at the Badrutt’s Palace Hotel on Saturday, 29 January 2022. Limited tickets are still available for all tournament days on www.snowpolo-stmoritz.com/tickets/. Based on current orders, organisers expect the tickets to sell out by the end of the year. Admission to the event premises on Lake St. Moritz is free as ever. The «Piazza da Polo», offering a wide selection of culinary delights prepared by the Badrutt’s Palace Hotel and local partners, is open to the general public.

All is set for the spectacular polo game on the frozen Lake St. Moritz that traditionally reigns over the last weekend in January! The various social events on and off the lake, promising to provide as entertainment as the action-packed sport, round off the three tournament days in the breathtaking Alpine setting. 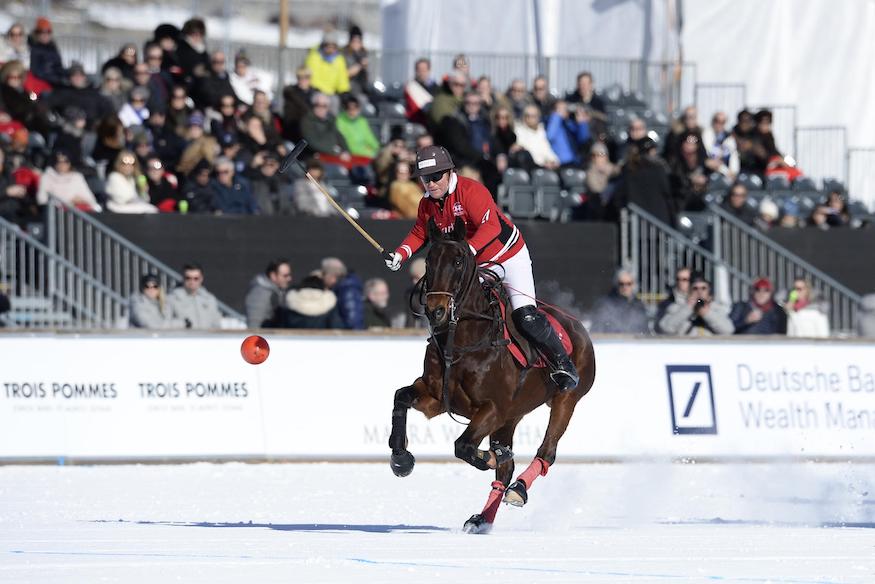 Clinique La Prairie Switzerland, Champagne Perrier-Jouët, Casablanca, and the World Polo League have newly signed up as team sponsors of the Snow Polo World Cup. These exclusive brands join the ranks of Badrutt’s Palace Hotel and Azerbaijan Land of Fire, who have pledged to support the tournament in 2022 once again. Alongside returning sponsors Sprüngli, Checchetto, Oona Caviar, Maura Wasescha, and brewery Doppelleu Boxer, the organisers have committed new sponsors and partners, amongst them Flexjet, Villa Sandi, Kessel, Trois Pommes, and Grace Hotels. 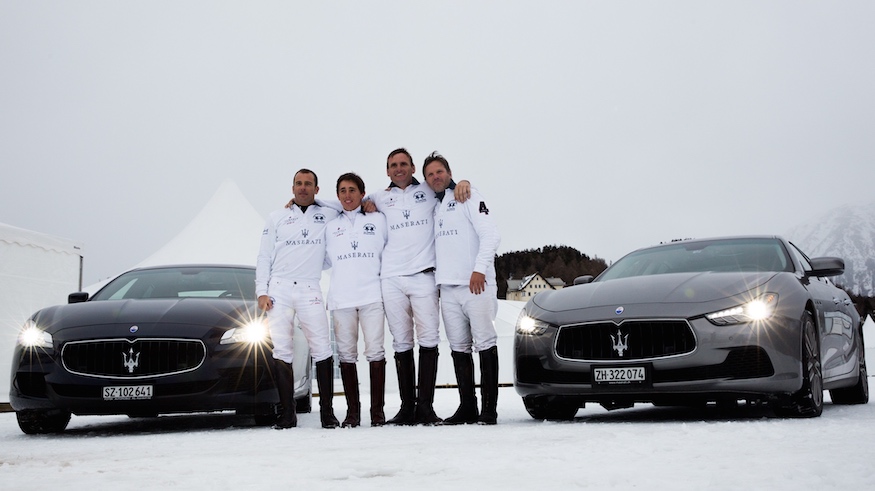 1985 saw the first-ever polo competition and St. Moritz staging this world premiere. The Snow Polo World Cup has reigned over the last weekend in January in St. Moritz ever since. In 2014, leading exponents of snow polo in Switzerland founded Evviva Polo St. Moritz Ltd and signed a long-term contract with the town of St. Moritz, thus securing a sustained continuation of the Snow Polo World Cup St. Moritz. The Board of Directors consists of Dr Piero Dillier (President), Reto Gaudenzi (Vice-president and CEO), Arndt Küchel, and Andy Bihrer. Dr Thomas Rinderknecht and Peter A. C. Blum are on the Advisory Board; Jürg Reinger is the Managing Director. A well-rehearsed team of local hotels, businesses, and experts, the town of St. Moritz and its See Infra Ltd is working hand in hand with the organisers to carry out the tournament. For more information, visit www.snowpolo-stmoritz.com.